A Day of Colour: The Infinite Attribute

During A Day Of Colour: The Infinite Attribute graphic designer James Goggin, architect Susanne Komossa, writer and artist Kristina Lee Podesva and artist Mirjam Thomann speak about their research into the social, cultural and political meaning of colour. At the same time, various methods will be introduced to determine the colour of Casco’s Shack and Fence structure – which holds a dialogue with Mirjam Thomann’s installation – after this project.

James Goggin founded graphic design studio Practise in 1999 after graduating from London’s Royal College of Art. Practise works across various media: from books, posters, typefaces, identities and stationery to exhibition design, signage, websites and motion graphics. The studio is currently based in Arnhem, the Netherlands, where James is course director and lecturer at Werkplaats Typografie. He also visits ECAL (Ecole cantonale d’art de Lausanne) monthly as visiting lecturer. James Gogin continues to work on commissioned and self-initiated projects and writing.

Susanne Komossa graduated from the Delft University of Technology, Faculty of Architecture and started in 1991 her own Rotterdam based firm Komossa architecten bna. As an associate professor of Architectural Design she coordinates, teaches and lectures since 2004 in the masters program of Public Building at the Delft Faculty of Architecture. Her research and teaching focus on Public Realm: composition and tectonics. She is co-editor and author of Atlas of the Dutch urban block (2004), which was accompanied by a traveling exhibition and lectures on a variety of themes concerning the Dutch urban block. She is also co-editor and author of last year’s publication The book Color in Contemporary Architecture, projects, essays, time line and manifestoes (Amsterdam, Uitgeverij SUN oct. 2009). This book presents the main approaches to colour in architecture.

Kristina Lee Podesva is an artist, writer, and curator based in Vancouver, and founder of colourschool, a free school for the speculative and collaborative study of the colours white, black, red, yellow, and brown. Providing a free and open space for critical investigations of colour, identity, artmaking, and knowledge production, colourschool attempted to develop a collaborative colour consciousness through a variety of events including reading groups, film screenings, listening labs, interviews, roundtable discussions, brown bag lunches, performances, and installations among other activities.

Mirjam Thomann is a Berlin-based artist, writer and editor working around issues of post-conceptual, context-specific and institution-critical strategies in contemporary art and cultural theory. Thomann has had solo projects in Europe and the USA and contributed to several group exhibitions. In cooperation with Jochen Smith, Thomann recently developed display architecture at Kunsthalle Mannheim. In 2005, she co-published a book on strategies of repetition in art, music, popular culture, and film with Sabeth Buchmann et al. (“Wenn sonst nichts klappt: Wiederholung wiederholen”). Thomann is a regular contributor to German art magazine “Texte zur Kunst” and a member of the bookstore and meeting place b books in Berlin.

The following quotes frame the afternoon:

“In visual perception a color is almost never seen as it really is-as it physically is. This fact makes color the most relative medium in art.”

“Rooms, streets, cities, provide the man-coloured environment in which almost all members of our society spend most of their waking hours. The colour of this environment is the sum total of a near infinite number of colour decisions-good, bad, indifferent, made by a miscellaneous group of persons. Every man-made object represents a colour choice of whoever made or designed the object. … In its formal sense, interior colour styling falls into two categories: residential and commercial.”

“Bringing colours in the city was not an aesthetical choice or a matter of painting, but a necessity because through colours I wanted to bring a signal that something could change in the city and that people could hope without feeling completely stupid about hoping.” (from a conversation between the mayor of Tirana Edi Rama, artist Anri Sala, art historian Molly Nesbit.)

-Anri Sala, So Why is Colour Better Than Grey, CCA Kitakyushu, 2004

“Suppose, however, someone were to object: ‘It is not true that you must already be master of a language in order to understand an ostensive definition: all you need – of course! – is to know or guess what the person giving the explanation is pointing to. That is, whether for example to the shape of the object, or to its colour, or to its number, and so on.’ – And what does ‘pointing to the shape,’ ‘pointing to the colour’ consist of? Point to a piece of paper. – And now point to its shape – now to its colour – now to its number (that sounds queer). – How did you do it? – You will say that you ‘meant’ a different thing each time you pointed. And if I ask how that is done, you will say you concentrated your attention on the colour, the shape, etc. But I ask again: how is that done?

Suppose someone points to a vase and says ‘Look at that marvelous blue – the shape isn’t the point.’ – Or ‘Look at the marvellous shape-the colour doesn’t matter.’ Without doubt you will do something different when you act upon these two invitations. But do you always do the same thing when you direct your attention to the colour? Imagine various different cases. To indicate a few: What we do when we ‘attend to the color’ of something seems, when you think about it, rather nebulous.

* “Is this blue the same as the blue over there? Do you see any difference?”

* You are mixing paint and you say “It’s hard to get the blue of this sky.”

* “Look what different effects these two blues have.”

* “Do you see the blue book over there? Bring it here.”

“Consider all these contexts in which you ‘attend to the color’ of blue. Isn’t there something different about each?

You attend to the shape, sometimes by tracing it, sometimes by screwing up your eyes so as not to see the colour clearly, and in many other ways. I want to say: This is the sort of thing that happens while one ‘directs one’s attention to this or that.’ But it isn’t these things by themselves that make us say someone is attending to the shape, the colour, and so on. Just as a move in chess doesn’t consist simply in moving a piece in such-and-such a way on the board-nor yet in one’s thoughts and feelings as one makes the move: but in the circumstances that we call ‘playing a game of chess,’ ‘solving a chess problem,’ and so on.”

A Day Of Colour: The Infinite Attribute is organized on the last day of Shapes, Dimensions, Possibilities, a project by Mirjam Thomann. 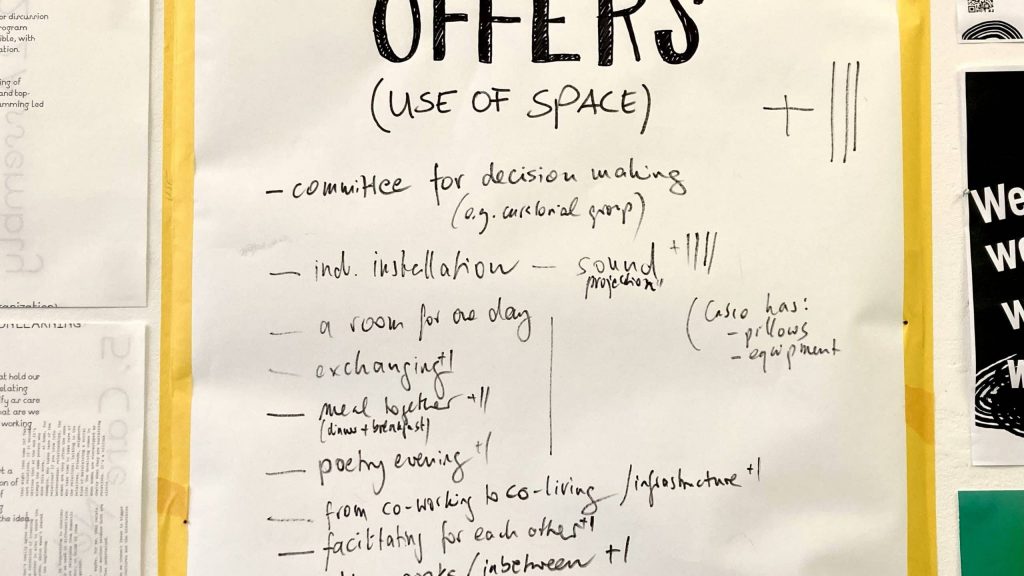 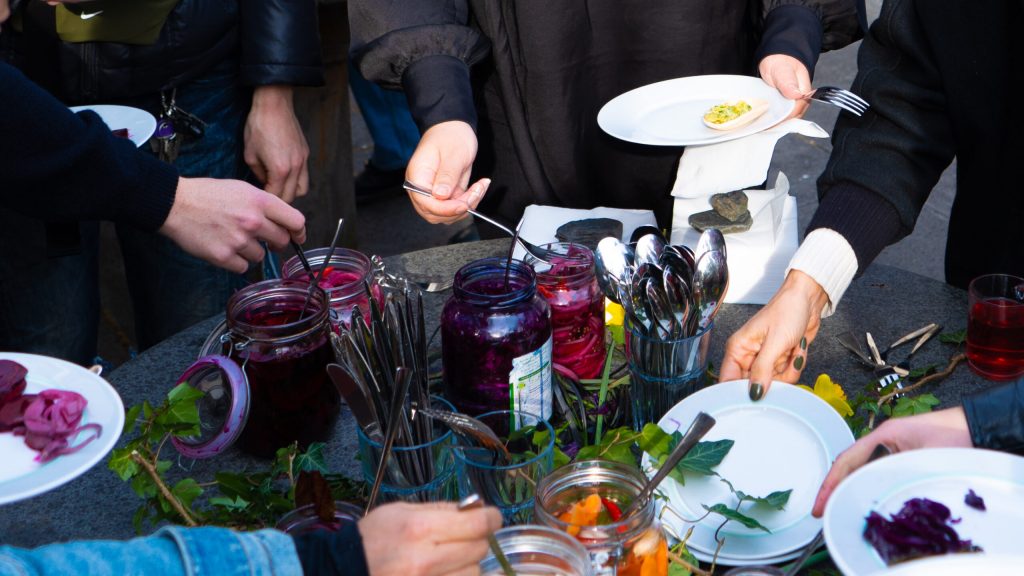