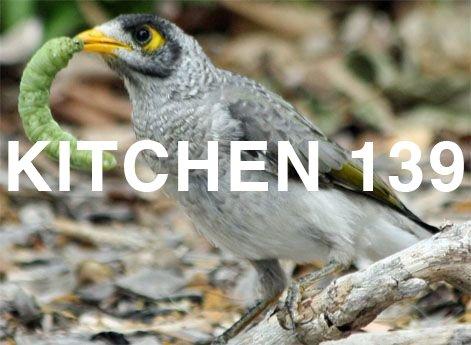 6–17 December 2011 / AmsterdamA cooperation between W139 and Casco, in the context of The Grand Domestic Revolution – User’s Manual Location: W139, Warmoesstraat 139, Amsterdam OPENING PROGRAMME  The ten-day communal kitchen experiment Kitchen139 opens on Sat 3 December 2011 with an extensive evening program from 21:00 on.  X Screening of the 2nd episode “The Cost […] 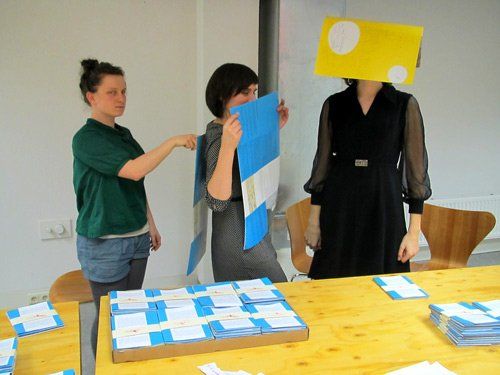 26 September 2011–25 June 2012 / Casco HQ Publishing Class is a two year programme designed for the Dutch Art Institute MFA ArtEZ by Casco – Office for Art, Design and Theory, delving into the act of publishing in critical art practice, both as a way to make things public – forming the publicness – […] 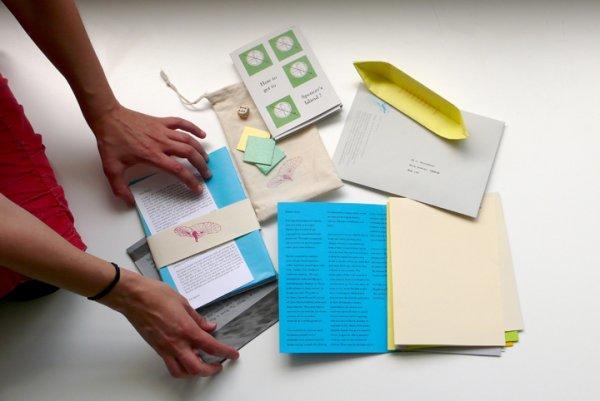 1 October–6 July 2011 / Casco HQ Publishing Class is a two year programme ­designed for the Dutch Art Institute / MFA ArtEZ by Casco ­Office for Art, Design and ­Theory, delving into the act of publishing through and within artistic practice in close examination of shifting artistic practice and its forms. Towards recognizing the […]

24 April 2010, 15:00–16:00 / Casco HQ On 24 April at 15:00 at Casco – an interval during Hurt Locker Instruments – the launching event of Circular Facts takes place with an introduction by Binna Choi, Mai Abu Eldahab and Emily Pethick, the directors of the three initiating institutions.  Circular Facts is a collaborative endeavor […] 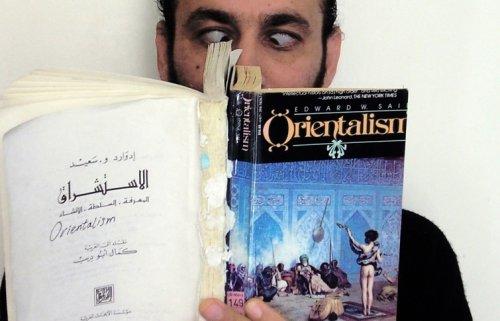 9 April 2009 / Casco HQ In the context of The Antagonistic Link, a project by Electric Palm Tree at Casco that deals with inherent frictions and constructive possibilities in transnational links, Polish curator Aneta Szylak and Iraqi artist Hiwa K. present and discuss their collaborative initiative Estrangement.  Estrangement, which began in 2007, explores the […]

An abstract plane for gatherings 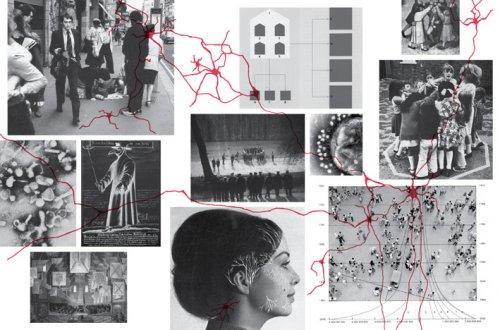 6 February 2009, 19:00 / Casco HQ Processes of participation consist of a series of meetings or gatherings. How can the history of gatherings be written, and what are the specific modes of contemporary meeting practice? How do such meetings influence the present-day state of governance, and what kinds of gatherings can produce a setting […]

6 March 2008, 19:00 / Amsterdam Joining up the dots between Purple Haze and Prozac, the love-in and the rave, the commune and the gating of communities, this performative mixed-media presentation explores the legacy of the US 60s counterculture and its implications for the future of American Dreaming. Covering subjects relating to psychedelic art, the […]

The physicality of education

3 November 2007, 15:00 / Casco HQ As part of Annette Krauss’s Hidden Curriculum this film screening and lecture look at the physicality of educational processes.  Screening Annette Krauss/Petra Bauer All the things I need to learn  Lecture Thomas Alkemeyer/Thomas Pille The physicality of education. On the silent power of symbolic violence  In most discussions on education the human […]

What is to be done?/Chto delat? 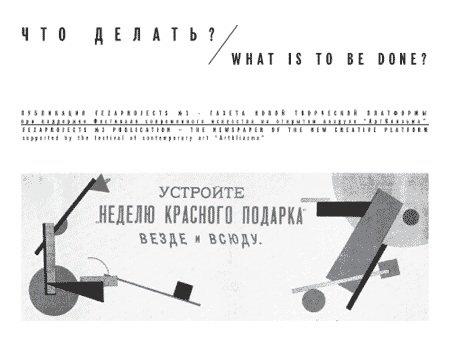 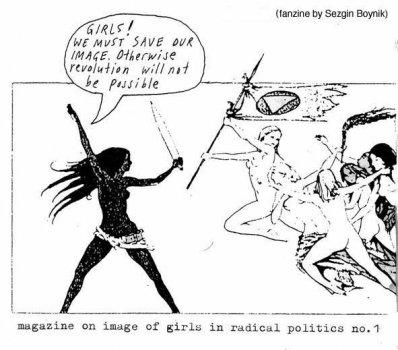 27 November 2005, 17:00 / Casco HQ Sezgin Boynik (Kosovo) is interested in subversive resistance movements from 1970s and 80s Yugoslavia, radical political ideas as well as New Slovenian Art. Besides his work on sociological and political themes, Boynik also writes for music magazines and fanzines, and recently published a fanzine about girls in radical […] 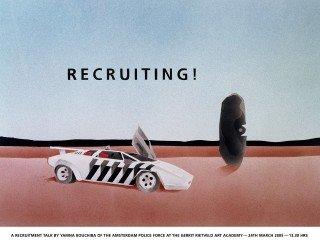 24 March 2005 / AmsterdamThis first in a series of police recruitment lectures takes place on 24 March at the Rietveld Academy in Amsterdam. Ongoing project  Chris Evans invites the national police force to give presentations at art academies in the Netherlands, illustrating the opportunities within such a career and encouraging students to join up.  […]

19 February–20 March 2005 / Casco HQ At Casco, designer Neeltje ten Westenend presents her study Who’s Afraid of Vinex?. She spent two months living in Vinex Vathorst [1] near Amersfoort in order to gain insight into the identity of this new housing project and its inhabitants. Ten Westenend was primarily fascinated by the extent […]

13 November–23 December 2004 / Casco HQOpening Saturday 13 November at 17:00 with the lecture Soccershirts & Representation, in which Gottschal and Schuster provide insight into their research and present a number of design proposals. Now the 2004 European Cup is behind us and the Dutch football team has made a fresh start with a […] 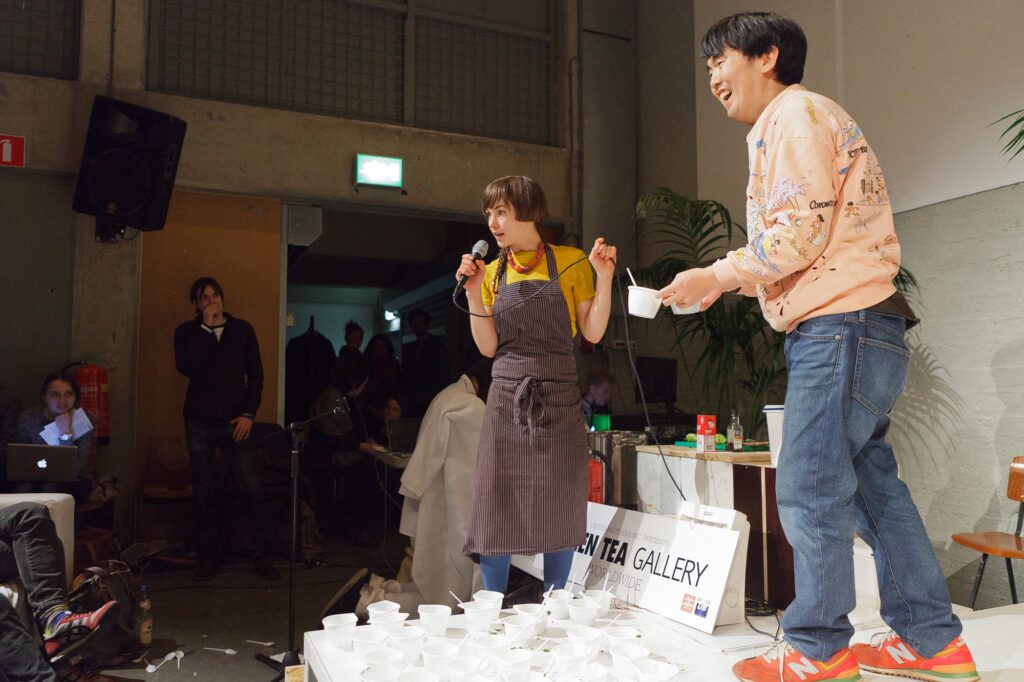 13 March 2013, 12:00–18:00 / AmsterdamStudium Generale Rietveld Academie  Fred. Roeskestraat 96, Amsterdam You are warmly invited to attend the vibrant and thought provoking four day conference-festival of Studium Generale Rietveld Academie Amsterdam: WHERE ARE WE GOING, WALT WHITMAN? An ecosophical road map for artists and other futurists, (12-15 March 2013). Gabriëlle Schleijpen, head of the […]

On Ethics of Imperfection: Practices of Self and Becoming Common 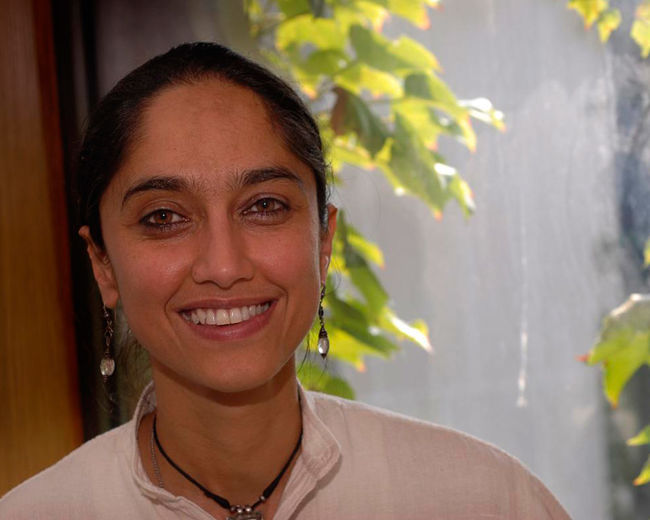 Cultivate or Revolutionize? Life between Apartment and Farmland 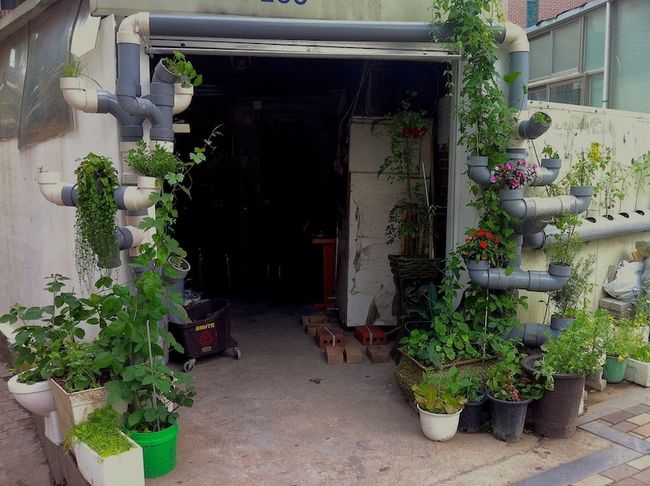 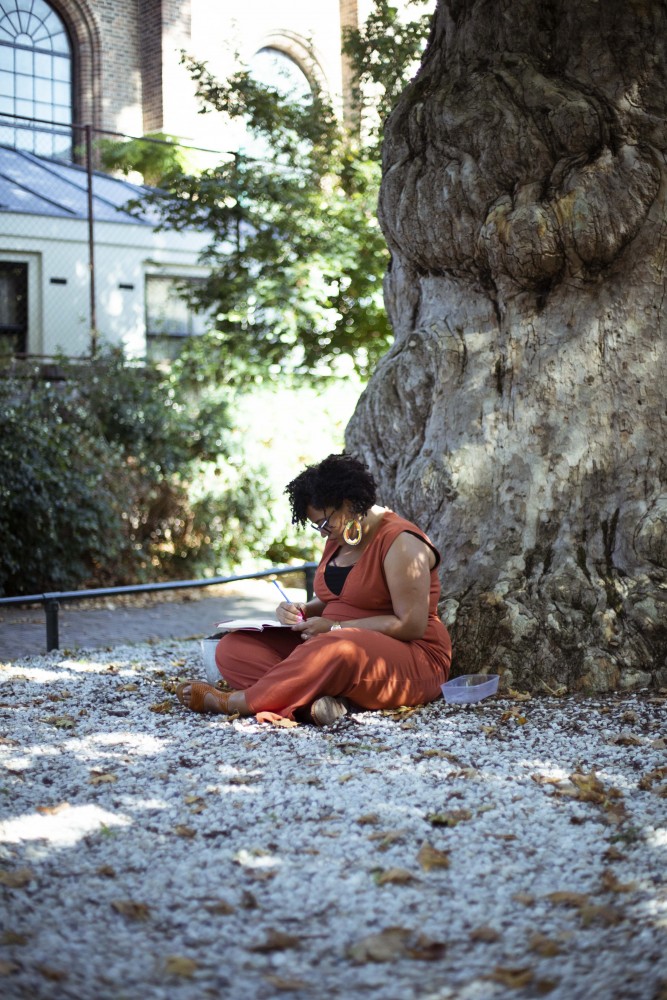 The lecture takes place at NEVERNEVERLAND on 24 October. Doors open at 19:00, the lecture starts at 19:30. Price: €5,- (cash only at the door) Speculative fiction writer, artist and pleasure activist Ama Josephine Budge gives a lecture as part of the Sandberg Lecture Series.  Thinking speculatively with the photography of South African visual activist Zanele […]

The Commons Manifesto – lecture and book launch with Michel Bauwens

23 May 2019, 19:00–21:30 / UtrechtLanguage: EnglishLocation: University of Humanistic Studies (room 1.40), Kromme Nieuwegracht 29, Utrecht Peer to Peer makes public fifteen years of vision and research of the P2P Foundation. Across any field you work in, be it art or not, we are certain that the possibilities of P2P for the commons must […]

May You Live in Interesting Times at KABK in Den Haag

6–7 February 2019Amsterdam Curating Strategies of Productive Refusal with Gabi Ngcobo FULLY BOOKED! We regret to inform you that both lecture and seminar with Gabi Ngcobo on Wednesday 6 February (19:00 – 20:30 hrs), and Thursday 7 February (14:00 – 16:00 hrs) are now fully booked. During this two-day event Gabi Ngcobo will discuss refusal […]

1 December 2016, 19:30–21:00 / Casco HQPlease be advised that the contents of this event contain sensitive material. Affective Resonances of Vulnerability, a performance-lecture by Magdalena Górska Magdalena Górska reads short personal essays, engages in breath work, and experiments with subtle light and spatial changes in order to engage “affective resonance of vulnerability” together with […] 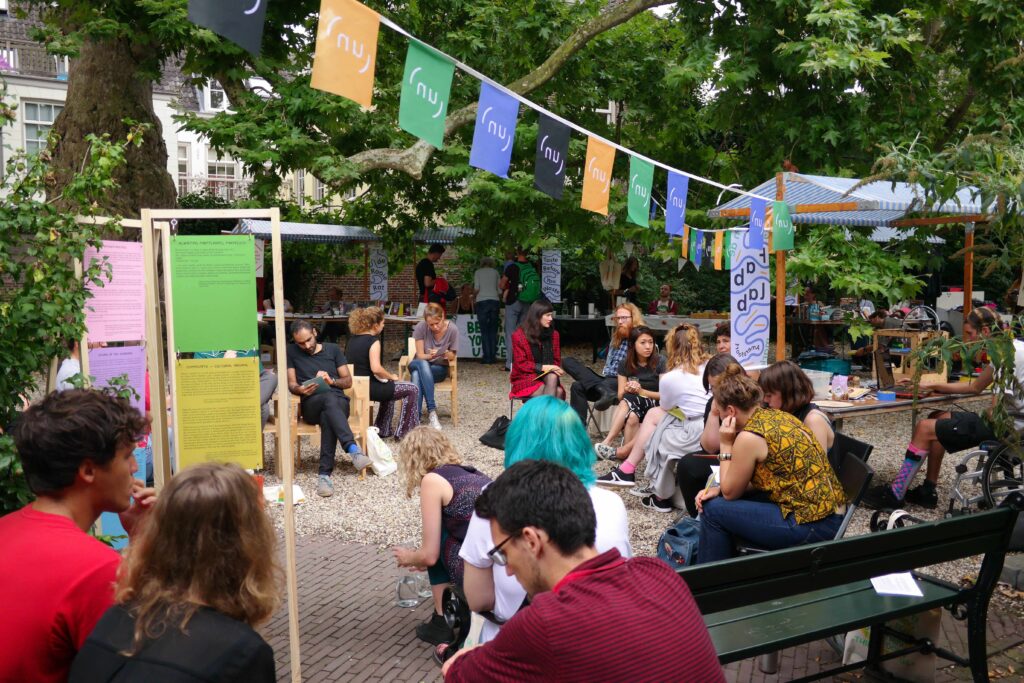 11 September 2016, 12:00–17:00 / Casco HQ Festival of alternative economies at Casco (Un)usual Business (UB) warmly invites you to their festival Gat in de Markt [“gap in the market”]. Gat in de Markt is a festival for and by commoners – people who have taken control over their daily lives and found ways to […]

We Are the Time Machines Study Program 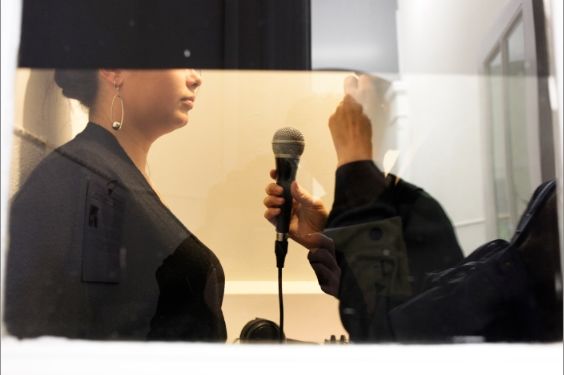 Entanglement: Diagrams for the commons 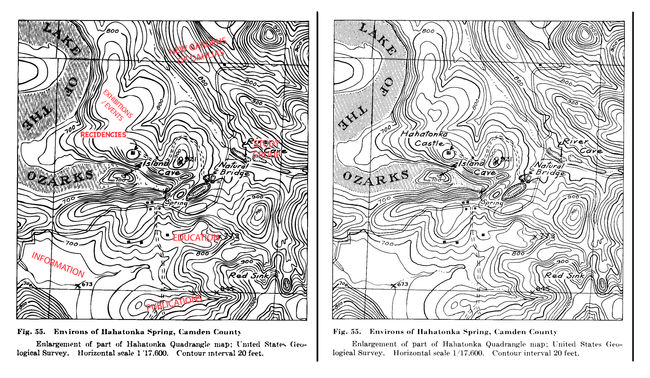 27–28 February 2015 / Casco HQ The program is free, but reservations are necessary for the lectures and/or workshop. What if you imagine yourself not as a dot to be tracked, but as a line that continuously passes through, connects, overlaps, and entangles with others? That you are part of myriad shifting diagrams which give […] 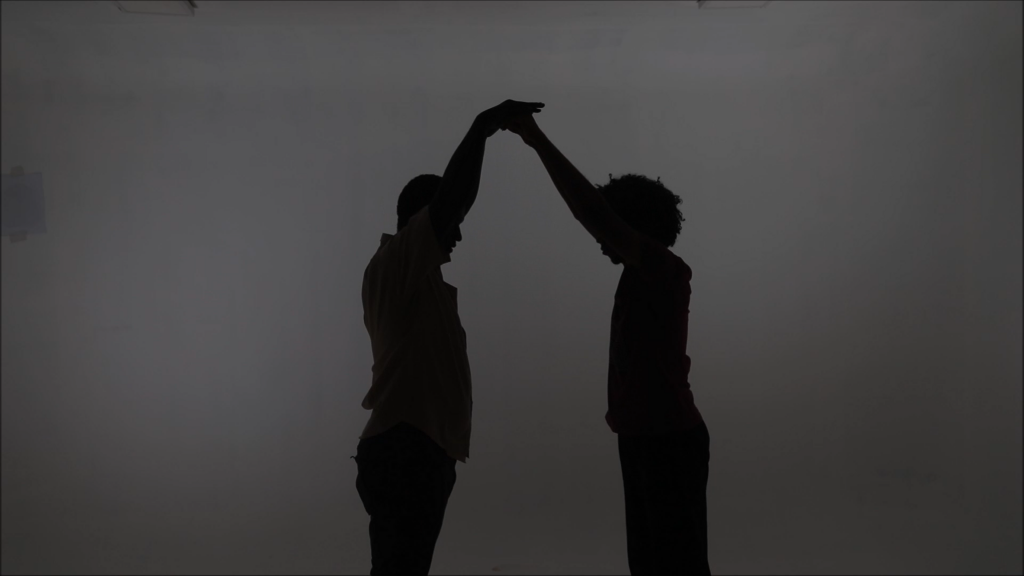 Thursday 13 January 202220:00–21:00 / OnlineEnglish with live captioning In the remaining time of our four exhibitions by Family Connection, Ola Hassanain, Sara Sejin Chang (Sara van der Heide) and Mariëlle Videler, we cordially invite you to join us for a short, sprightly online conversation with each artist in turn. Moderated by a different Casco team member each […]

Food Sovereignty in Zapatista territories: an exchange of stories and practices 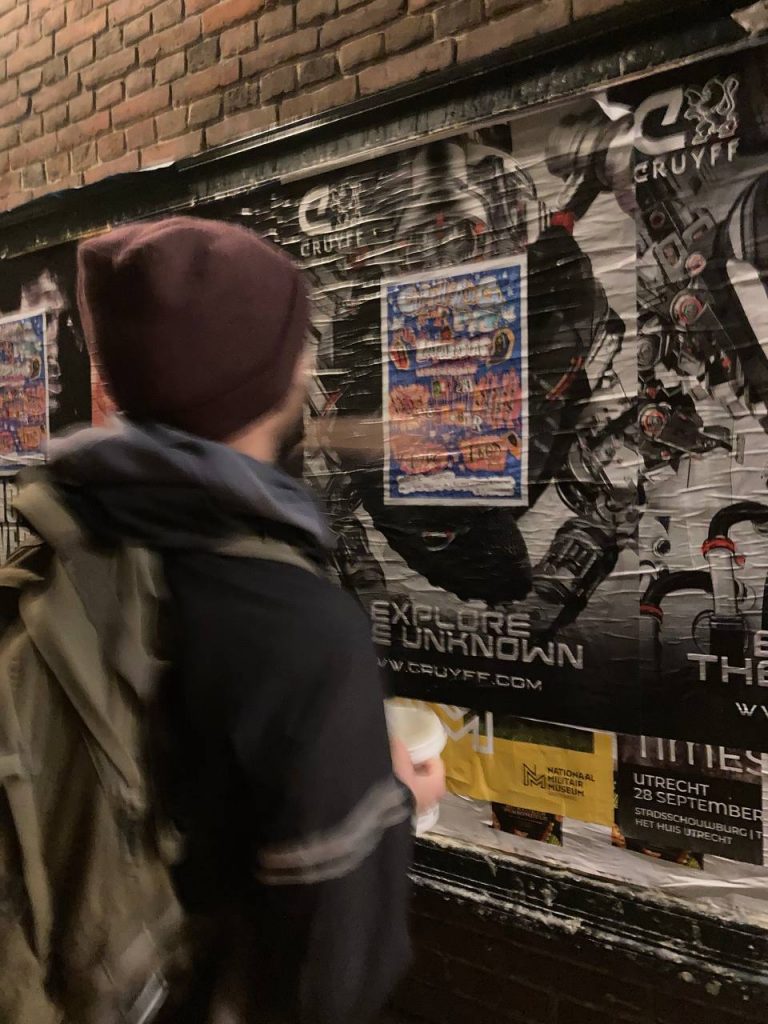 23 October 2021, 14:30–17:30Access info regarding our building are to be found hereRead the house rules and COVID-policy belowRSVP via https://www.eventbrite.nl/e/tickets-food-sovereignty-in-zapatista-territories-with-the-zapatistas-192670973067 Part of Gathering for Life by Gira Holanda. We would like to ask if you can donate to support the movement if you have the means. Please visit https://www.gofundme.com/f/gira-holanda-fund-raising The Zapatistas are coming to […] 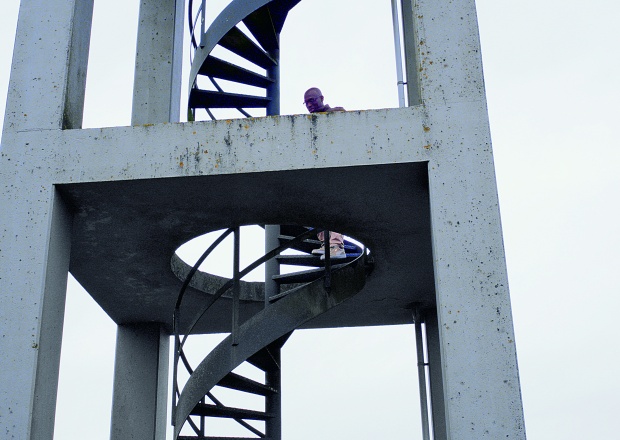 Saturday, 30 November, 14:00–16:30Centraal Museum (Agnietenstraat 1, Utrecht)Free but RSVP is necessary What are the (in)visible modes of speech involved in coalition building when navigating in and out normative powers of cultural and academic institutions?  There are so many different types of language used in art and activist communities. The language adopted for funding applications […] 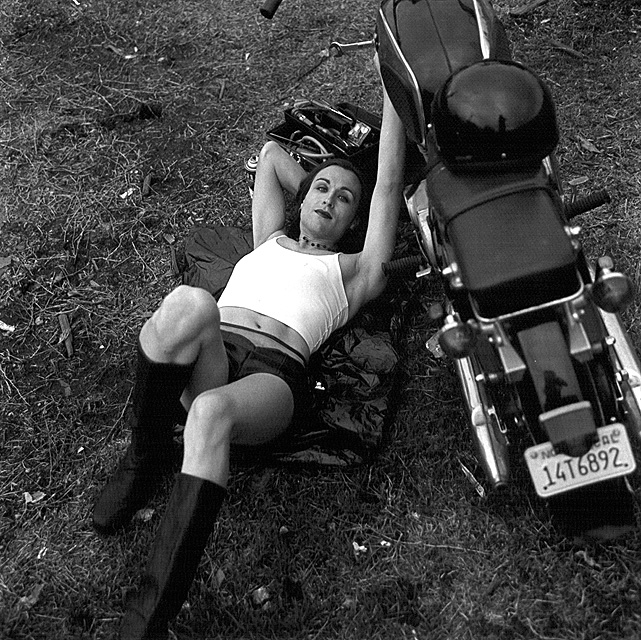 2 May 2019, 17:00–18:30 Location: The lecture takes place at Kromme Nieuwegracht 80, room 0.06, which is a five minute walk from Casco Art Institute. Before the lecture, please stop by Casco Art Institute to see Terre Thaemlitz’ solo exhibition Two Rubatos, at 16:30 we will collectively walk to the lecture. You can also visit […] 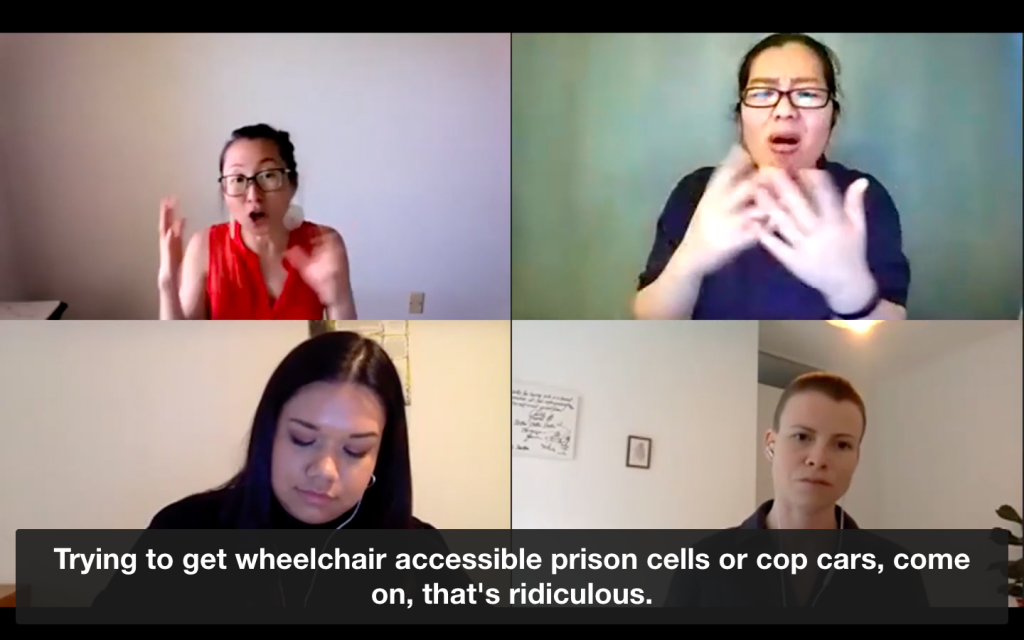 Casco Art Institute is pleased to co-present the final two online gatherings in the Spring cycle of Studium Generale at the KABK titled Wxtch Craft: the poisons, the remedies, where wxtch craft is traversed as a queer feminist and liberatory practice. We join their rich exploration of embodied social change, transformative justice and many related […]