An abstract plane for gatherings 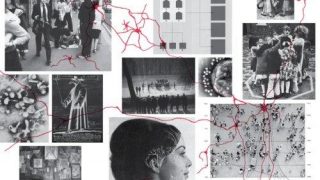 Mieke Van de Voort (b. 1972, based in Amsterdam), working with various media and carrying on different forms of inquiries, has consistently explored mechanisms of power and the possibilities for individuals and collectives to make change within the existing social system. Generale Staten (General States) stands in this line of her ongoing exploration. Making use of different contexts and organizations, this project will also evolve in collaboration with other international art institutions such as The Showroom in London, with which Casco is establishing a continuous collaboration.

We would like to thank all the participants and contributors. Our thanks to Gabriëlle Schleijpen & the Dutch Art Institute, Josephine van Kranendonk and Annie Wu for their cooperation in the recruitment of participants.

The initial idea for the project Generale Staten (General States) was conceived in the context of CO-OPs, Inter-territorial Explorations in Art and Science, a project of the NWO-program, Transformations in Art and Culture, and it has been rehearsed with the support of Rijksakademie (Amsterdam) and Casco’s previous project re-projecting (Utrecht) by Ricardo Basbaum.

The programme of Casco is generally supported by the Mondriaan Foundation and Gemeente Utrecht.

We Are the Time Machines: time and tools for commoning