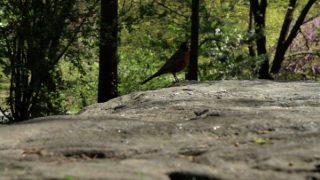 Future Park I – Teach Me to Disappear

Future Park is a two part project involving a series of events that explore the instrumentality of urban parks in relation to social policy and the shifting economic, political and cultural structure to imagine a post-capitalist city.

Teach Me to Disappear by Paul Elliman and Nicole Macdonald

The first part of Future Park is a project titled Teach Me to Disappear by Paul Elliman and Nicole Macdonald. Paul Elliman is a London based artist and researcher whose practice focuses on aspects of graphic design, looking at various unclaimed languages and signs that unintentionally and consequently emerge from man-made industrial and post-industrial systems. This includes the transformation of found industrial debris – the “ruins of empire” as Elliman refers to them – into an endless font of typographical characters; or the sounds of emergency vehicles and traffic horns recaptured by the human voice in sudden blasts of operatic siren mimicry. In the new project, Elliman takes this inquiry further by focusing on Detroit in close collaboration with local artist and filmmaker Nicole Macdonald.

Whilst many take a disquieting view of the city, Detroit urbanist Robin Boyle argues that it is a place “where a model of open spaces or, to use a term that comes up a lot here in Detroit, the urban prairie, starts to come into play.” From a shared standpoint, Paul Elliman and Nicole Macdonald look into Detroit’s abandoned Belle Isle Zoo, situated on the largest city island park in North America, designed by the landscape architect Frederick Law Olmsted, known for designing Central Park in New York. The closure of the zoo may be a typical symptom of the continued decline of Detroit through the loss of its public funds and amenities. However, Elliman and Macdonald entered the zoo not simply to witness the failure of a civilisation in its state of ruin, but to encounter the abundant eco-system of flora and fauna that has evolved there. They set out to document the various calls, gestures, signals and songs of the former zoo’s current inhabitants, residing and resounding freely in the dense, jungle-like overgrowth of the city’s collapsing infrastructure. At Casco these calls and gestures are presented in different forms of video and audio recordings, alongside other reference material relating to the location and its inhabitants.

Reproduction Direct from Nature, a project by Amsterdam based artist Zachary Formwalt forms the second part of Future Park. Formwalt’s practice could be considered as emblematic of historiography becoming a tool for futurology. Investigating how the capitalist economy operates vis-à-vis the politics of image reproduction and how urban reality is mediated by it, he works in such a manner that (archival) research and speculation meet contingency, producing plausible but as yet unwritten historical connections and stories.

In his new project Reproduction Direct from Nature, a photograph printed in a New York newspaper, The Daily Graphic, in 1880 offers a clue for approaching New York’s Central Park from its inception. The photograph in this paper is described as being made in the immediate presence of the structures it depicts; a group of shanties in the place that we now know as Central Park. Consequently it was used in the newspaper as evidence of a new technology of reproduction, marking the birth of the photo-illustrated press. Zachary Formwalt reclaims this image to challenge the notion of nature in urban development and the role played by the mechanisms of image reproduction in the economic system, particularly in light of the current and ongoing credit crisis. Through his work connections are discovered about the circumstances relating to this photograph – the first credit panic in late nineteenth century Britain, the development of the Park, New York’s housing crisis, its unacknowledged photographer and Karl Marx’s notebooks (1868) about the British weekly newspaper, the Economist. These narratives are brought together through the complicated relations of historical and contemporary matters, in order to form an alternate view on current “(un)natural” surroundings, in a newly produced film, book, archive and photographs.