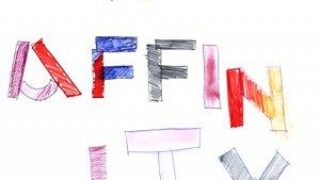 The notion of affinity has increasingly gained significance in contemporary social movements that underline self-organized and non-hierarchical models of public assembly. Group Affinity aims to examine and negotiate this form of public-alliance where definitions of social and cultural significance are constructed and interacted with by the people who share and support them – and to extend it as a model for mutual learning, communal living and emerging artistic and cultural production.

In the form of a two-week summer school and a four-week exhibition, Group Affinity offers a diverse curriculum of five participatory faculties run by international collectives in the field of art and design: Chicago Boys, Grand Openings, Cinenova, Andreas Müller & Susanne Pietsch and Slavs and Tatars. Despite the fact that each collective works with a different method of research and action, the project has given them common ground, whereupon their practices accommodate inter-subjective alliance as a primary condition in their public operation. As such, the summer school provides a pretext to pursue this common interest within a broad range of experiences and opinions on the notion of how collective agency is formed.

In addition, the summer school can be seen as an educative premonition against the backdrop of today’s neo-liberal influence on European cultural politics and in particular its demands for culture to be measurable and profitable. Group Affinity seeks an alternative. It opts for creating a space for critical inquiries, heterogeneous alliances and the negotiation of differences. A group of international and local participants, all selected by the faculties from an open call, gathers in Munich for the first two weeks of August. This shared time is divided into a private and a public part. During the daytime, the participants and faculties concentrate on mutual research and learning processes, that include fieldwork within the social, cultural and historical context of Munich. On workdays from 8pm onwards, the faculties host public evening classes with presentations, guest expert-lectures, performances and screenings. These evening classes are an open invitation for the general public to stay informed of the development of the working groups and participate with feedback and expand upon the notion of affinity. All these meetings will be held at the Kunstverein München. The academy and exhibition are accompanied by a publication designed and developed by Berlin based graphic designer Manuel Raeder. For Group Affinity, Raeder has especially developed a mobile architectural structure for the space and its furniture, based on his long time research into communal architecture of Brazilian architect Lina Bo Bardi.

Initiated in 2010 by Kurdish artist and musician Hiwa K whose interests lie in different modes of informal knowledge, Chicago Boys, While We Were Singing, They Were Dreaming a.k.a Chicago Boys is a 1970s cover band and a neo-liberalist study group. From different professional and cultural backgrounds, they gather to learn how to perform in their group sessions, whilst grappling with questions regarding free market economy. With their frequent use of video-lectures from Youtube and through conversations with a team of global lay researchers accessed via Skype, the Chicago Boys try to understand the weakening of the left that manifested at the turn of the 1970s into the 1980s in different parts of the globe – with a focus on the Middle East.

Grand Openings (since 2005) is a performance collective based in New York. The components of their performances are recognisable – people, action, ceremony. But the essential quality underlying the group work is difficult to pin down, vacillating between constructed and formless, authentic and absurd. The boundaries of the event do not constrain – they encourage art and life to pass in and out of one another by pure osmosis, which implies suggestions on boundaries of collective actions and communication and possible modes of subversion of those limits in today’s condition of identitarian politics.

Cinenova, founded in 1991, is a volunteer-run organisation dedicated to preserving and distributing the work of women/feminist film and video makers. Its portfolio of 500 titles includes experimental film, narrative feature films, artists’ film and video, documentary and educational videos made from the 1920s to the present. Since all funding for the organization was cut in 2001, Cinenova became a site for young activists to reflect on the desires and problems that arise through collective cultural work, along with the practicalities and labor involved in maintaining such an organization.

Berlin-based architect and ex-Jan van Eyck Academie researcher Andreas Müller and Rotterdam based architect Susanne Pietsch have teamed up and begun a long-term research project on architecture for youth, such as youth centers, clubs, or hostels in relation to early youth movements and political youth organizations, pop cultural or counter cultural youth groups. Together with the participants they will narrow cast to Munich to deal with the particular cases of existing youth centers and gathering points for youths in the city and aim to conceive the alternative prototype.

Slavs and Tatars is a faction of polemics and intimacies devoted to an area east of the former Berlin Wall and west of the Great Wall of China, known as Eurasia. The collective’s work spans several types of media, disciplines and a broad spectrum of cultural registers (high and low) focusing on an oft-forgotten sphere of influences amongst Slavs, Caucasians and Central Asians. For Group Affinity Slavs and Tatars aim to look at mystical, syncretic Islam as an impulse for the Anti-modern, including an examination of folklore and craft as an ideological impulse and a vehicle of critical content.

Group Affinity is organized by Kunstverein München and Casco – Office for Art, Design and Theory, Utrecht and funded by the German Federal Cultural Foundation.