Towards a Housing Commons 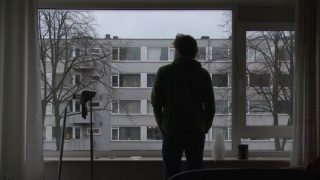 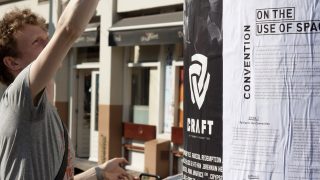 “Space can be used to create an alternative to the logic of profit and exploitation and individualization of our society.”

“New law banning squatting make squatters busy with themselves instead of using squatting as a tool for other goals.”

– A selection of the comments from White Paper: The Law – Public Drafting Meetings

Gentrification, a decreasing social housing sector, real estate speculation, and the sale of public assets to private investors heighten our awareness of neoliberalism’s dominance over all facets of life, a deep concern that is calling many to action. The project White Paper: The Law (2015) by Adelita Husni-Bey developed with Casco contests the enclosures of private property imposed by the 2010 squatting ban in the Netherlands and similar actions across Europe. These crackdowns diminish the availability of affordable housing and the concomitant space for experimenting with democratic and cultural processes.

Over a three-month process a series of Public Drafting Meetings held in Utrecht, Amsterdam, Rotterdam, and Maastricht with committees composed of jurists, squatters, sans-papiers, academics, activists, and the general public work together to form “movement-perspective legislation.” These groups produce a collectively written convention as an instrument of law that acts both as a speculative space to imagine a more equitable future and as a concrete tool through which it can be realized. Each of the five meetings focuses on a different aspect of the law and produces different amendments, with a sixth and final meeting on 23 May for revising the document. The topics are The Legal Form, De-criminalizing the Subject, Right of Use, Modes of Re-imagining, and Vacant Property as Theft.

The written outcome of the meetings is a legal draft called Convention on the Use of Space, which is presented in a special form at Casco involving large-scale screen prints tracing the text’s evolution through the collective editing process. Also on view are selected examples of domestic approaches to self-organization, including notes from house meetings detailing decision-making processes and the life of historic squats in the Netherlands among other documentation, along with public forms such as posters from the Dutch squatting movement.

Works from the previous chapter of the project, White Paper: The Land (2014), developed in collaboration with Beirut in Cairo are shown alongside the above works. This earlier phase likewise concentrated on the destruction of commons in the urban context but was specifically attuned to Cairo, which is undergoing a privately funded urban development plan led by the military government called Cairo 2050 that is responsible for evictions of several communal neighborhoods. Husni-Bey worked together with neighbors and activists to hold a debate around social and legal justice in Egypt and to adapt a handmade maquette of the city of Cairo or “model of the future” as envisioned top-down by the government, to their common needs. An edited video recording of this gathering is presented together with the model.

Other past projects by Husni-Bey are on view in order to deepen the understanding of space as commons and the meaningful relations its use engenders. These past projects include Clays Lane Live Archive (2009–2012), developed by the artist in collaboration with the residents of a UK housing co-op: a compilation of forms produced by the residents from zines to idiosyncratic architectural plans show the history of a housing estate up to its closure due to the 2012 London Olympic Games. Another is the oneiric Super 8 film, Story of the Heavens and our Planet (2008-2009) which offers an intimate view into tree-sitting protest camps in the UK where temporary villages are formed to stop logging companies from cutting down forests.

The project continues Casco’s long-term research into questions on housing rights as with the television program Our Autonomous Life (2010–2012) and the long-term project Grand Domestic Revolution (2009–present).

White Paper is commissioned by Casco in collaboration with Beirut. Research for developing White Paper (2014-present) was supported by the European Cultural Foundation and the Kamel Lazaar Foundation. Production support was granted by the European Cultural Foundation Idea Camp, Young Arab Theater Foundation, DE.MO./ Movin’Up 2014, Italian Ministry for Culture and Tourism, Association for the Circuit of Young Italian Artists, and the Arab Fund for Arts and Culture. Thanks to Labre, Utrecht and all the committee members of the Public Drafting Meetings.

On May Day, 1 May 2015, 18:00–22:00. we celebrate the opening of two thought-provoking solo exhibitions: White Paper: The Law by Adelita Husni-Bey and INLAND by Fernando García-Dory! Both artists look into creating new models and tools for the future against a backdrop of the destruction of the commons, with Husni-Bey focusing on the right to housing and García-Dory on alternative visions for the countryside.

The opening includes speeches by City Council of Utrecht Alderman of Culture Margriet Jongerius, Casco board member and White Paper committee presider Aetzel Griffioen, and Casco director Binna Choi alongside presentations by the artists and delicious food by Mari Pitkänen.