FAQs on the Commons & Art 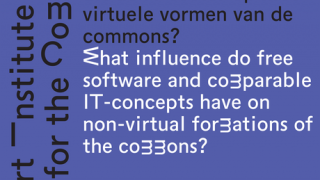 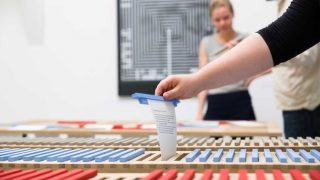 As an art institution, Casco has always been invested in the process of instituting and becoming-with, especially in dialogue with artists and other practitioners. This event, however, marks a significant point of transition for Casco that is manifested in its new name: Casco Art Institute: Working for the Commons. On Saturday, 9 June we celebrated this moment together, while sharing with the public some of Casco’s work in progress.

Casco understands the commons as a verb and as an ongoing, if not slow, practice. In “working for the commons” then, Casco has been focusing both on the “front side” of the institution—namely, on programing, projects, and presentations—and on the reproductive aspects of instituting that happen mostly in the background—the team, the Ecosystem, its working environment and infrastructure, the economies and common-pool resources, and ways to co-manage and share the commons against the increasing privatized structures of power. Casco focuses on the agency of art in its enquiring, imaginative, and inventive modalities to engage with the practice of the commons. At the launch, the Casco team and extended team discussed how they have been working, give an update on Casco’s new modus operandi, and present some of the initial outcomes from the new modality of work.

The day was interwoven with conversations and working sessions on “FAQs on the Commons & Art.” Situating the commons in between the public and the private, Casco considers the commons as a practice and as a performative and interventionist concept that moves in tandem with practice. Therefore, the commons calls for constant questioning and dialogue around everything from its definitions to the “how-to”. The launch extends this ethos with generous contributions from active commoning practitioners from in and out of the field of art, all of whom form the Casco ecosystem.

The first presentation in the Office Gallery, Statement One: Exchange Value, brought together the works of Falke Pisano and Riet Wijnen with the newly commissioned furniture they have designed for Casco’s office. Pisano’s The Value in Mathematics (2015) and Wijnen’s Sixteen Conversations on Abstraction (2015–) center the conversational mode to examine the cultural dominance of modernity through mathematics and abstraction respectively. The works trouble the universalizing epistemology of the Western progressive lens.

The soirée took place at Terwijde farmhouse, where the project Erfgoed (Agricultural Heritage and Land Use) is located. Erfgoed is a first for the Center for Ecological (Un)learning, a long-term co-initiative by Casco and The Outsiders Union – of which the latter will give the public an animating tour of the emergent farmhouse activities, from soft infrastructures to its non-human inhabitants.

Since the launch, Casco has co-organized annual assemblies, a biannual exhibition program, and quarterly study meetings (later referred to as School in Common). These intensive years have helped Casco refine and focus its mission to focus on ongoing, collective art projects and organizational experiments, leading to ventures such as Unlearning Center and Commons.art, increased accessibility and diversity of collaborations, and situated art commissions and gatherings.

The Casco program is supported by Mondriaan Fund, the City Council of Utrecht, and DOEN Foundation via Arts Collaboratory. 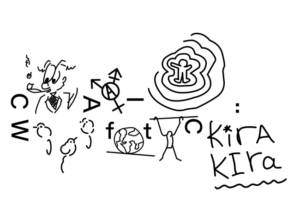